Ensure that children reach their full potential in a safe and nurturing environment by providing infinite learning opportunities through rich engagement and interaction.

Equip and support parents and caregivers with expert knowledge and education opportunities that are necessary in order for them to foster rich experiences to the children under their care.

The integration of Nature AND Nurture from the start. CARETHATYCS creates a success road map with a toolbox so parents and caregivers can enjoy their journey with confidence and have the ideal attitude when responding to those bumps on the road. 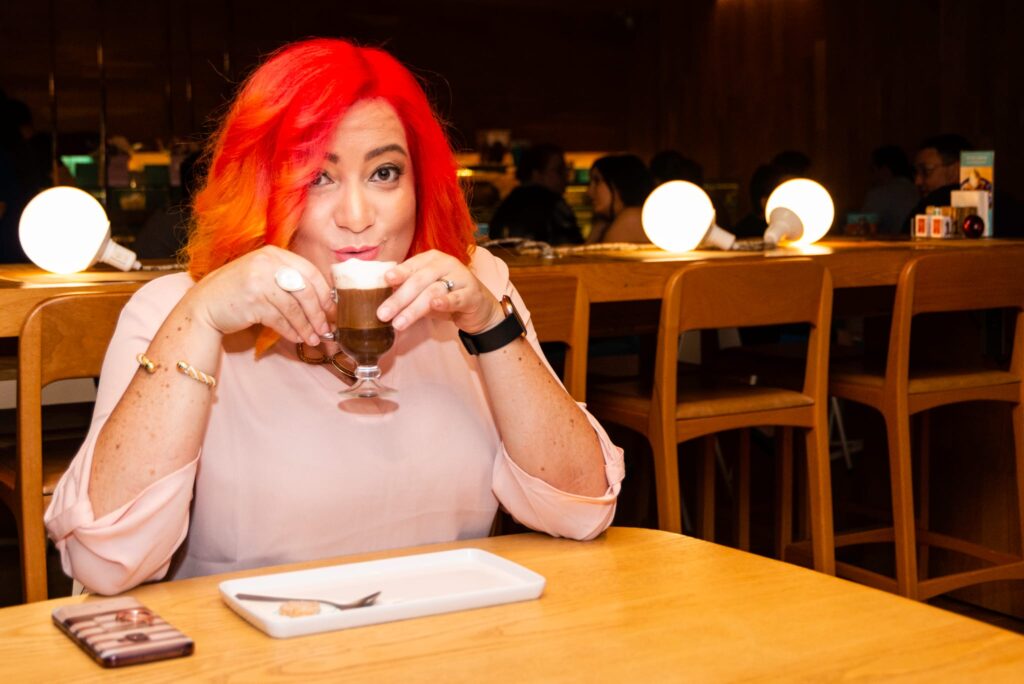 After informally teaching workshops and providing guidance and support to hundreds of parents and nannies locally and nationwide for many years, Thaty decided to go back to school for a Business degree and learn the ins and outs of consulting and running a company. It was time to formalize the business and that is when CARETHATYCS was officially launched, in 2017.

An Educator at heart, with vast and rich experiences, along with an extensive academic and training background, Thaty has developed a proven blueprint for child-rearing success which CARETHATYCS teaches through consulting, online classes, webinars, and in-person house training.

Thaty has been recognized and named the 2022 Nanny of the Year™ award, by the International Nanny Association. The NOTY™ award is the highest honor and recognition for childcare professionals in the industry. She has co-raised several incredibly brilliant children who are the ultimate testimony of her work and dedication. She has also been invited to be a guest speaker at several universities, including Harvard, Brandeis, and UMass Lowell.  Thaty has taught hundreds of nannies and parents for nearly two decades in the Boston area and is excited to extend her expertise and support to nannies, parents and the community at large all over the globe bringing Nature AND Nurture together through her CARE-THATYCS 😉

Renowned educator who has received several awards for her work in the nanny community. Thaty has been interviewed by The Conversation on BBC, The New York Times, The Boston Globe, WBUR, recognized by The City of Cambridge, The Boston – and National – Association for the Education of the Young Child, and The Brazilian Community Heritage Foundation just to name a few. Thaty is a licensed educator, radio host, board director, community leader, organizer and above all,  successful, highly sought, career nanny!

Thaty is a fierce advocate, leader and pillar in the nanny community where her engagement is deep and broad. She’s involved in numerous projects providing support, networking, and professional development for the nannies in the greater Boston area and was among the five final nominees for the 2016 Nanny of The Year Award through the International Nanny Association.

She is the founder of the Massachusetts Nanny Breakfast Club, the co-founder, executive producer, host, and web designer of the National Domestic Radio – NDR, the co-author of the Professional Nanny Series Class on Care Academy, and has helped organize, in addition to the present, MA’s National Nanny Training Day since 2013.

Thaty has received several community fellowships over the years when she deepened her knowledge of politics and policy, community leadership, social justice advocacy and is also a graduate from the Women’s Pipeline for Change program.

Thaty is a certified Happiest Baby on the Block Educator, Mediator, and Mediator Coach for the nation’s first Domestic Worker/Employer Mediation Project, as well as Master Certified Parent and Family Coach. She has recently completed an 18-month program and received her Certificate in Early Education Leadership through the Zaentz Professional Learning Academy at the Harvard Graduate School of Education. Thaty holds a B.A. in Multidisciplinary Studies (majoring in Early Childhood Education), a Master of Education, and a Master of Management in Leadership and Coaching.